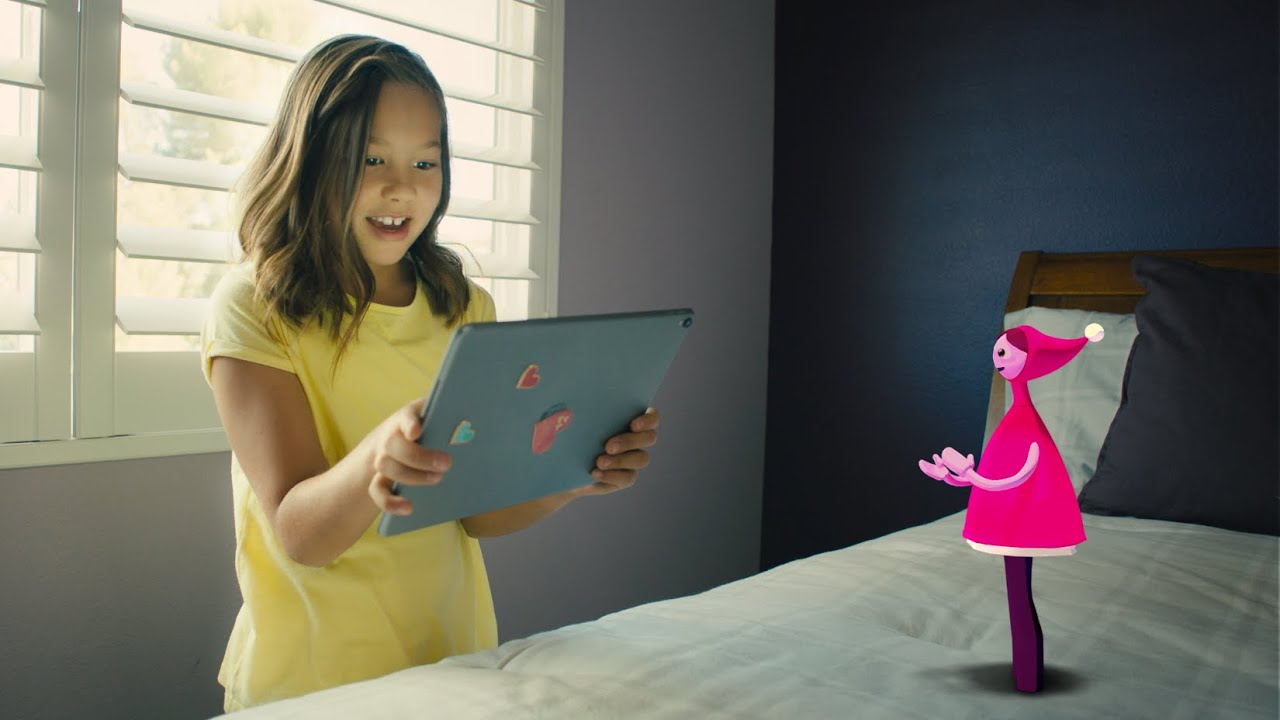 Previously Augmented Reality was used in military, manufacture and enterprises. This technology was quite low key and expensive, as such, it generally stayed off-limits for the masses. However, I bet everyone remembers the time when Augmented Reality became very popular with ordinary people. Everything started from funny face filters and lenses provided by Snapchat and other companies, which have decided to jump into AR space.

Nowadays a great number of people are creating and sharing thousands of Augmented Reality experiences with their friends, families and just random users. Even so, Augmented Reality isn’t just about entertainment anymore. Before you know it, Augmented and Mixed Reality will totally transform and improve our life. I’d go as far as saying, it’s already happening. Let’s consider e-commerce, for example. This technology can assist us in making reasonable decisions prior to purchasing. Apps such as WANNA KICKS allow trying on different sneakers through AR experiences. Once you’ve found a pair of sneakers that you like, you can instantly order them via the same app.

Another sound example of Augmented Reality application might be furniture and architecture. In terms of examples, let’s take a look at IKEA app that allows users to view their products via AR user experiences. Owing to this feature, before making an order, users can place 3D products within the real environment and see whether they fit in. Based on it, the products they select are much more likely to meet their expectations and leave them satisfied.

As far as education is concerned, AR has a lot of potential here, especially for children. Many companies and developers are starting to release Augmented Reality books and experiences that will help us learn information in a whole new way. One of the examples is Wonderscope that transforms ordinary spaces into extraordinary stories through Augmented Reality. If you are looking for more AR examples for education, you can find them here.

As far as the nearest future of AR is concerned, it’s also worth pointing out that lots of makers and enthusiasts, such as Dan Zaitsev are helping to grow Augmented and Mixed Reality community by releasing their own projects and startups. For example, Catchar is a directory and community where users and developers can share, promote and discover the best Augmented and Mixed Reality apps, lenses and campaigns. So, if you want to dive into AR space and find more examples, you should definitely check out Catchar website.

What will be next?

Sure it’s all about devices that support Augmented and Mixed Reality user experiences. Thanks to tech giants, such as Apple and Google that have recently launched their own AR technologies for their mobile devices and OS, namely Mixed Reality glasses and lenses, AR and MR will soon be fully brought into our day to day life. Currently smart glasses have problems with batteries and device sizes, but companies, such as Magic Leap and Microsoft are on the right way to resolve these problems. So, don’t miss the opportunity to spice up your life with Augmented and Mixed Reality experiences and start discovering these technologies right away.

How to get more leads for the business from Facebook Ads?

December 21, 2018 Dinesh Kumar VM Comments Off on How to get more leads for the business from Facebook Ads?

January 9, 2019 stephen Comments Off on 10 Easy Steps to Become a Better Digital Marketer