Over time, there has been a paradigm shift in implementing smart and innovative business strategies. Most of the organizations are switching from desktop websites to mobile applications, as it is a fast-track way to reach global audiences.

However, to make your mobile app a real success, it is essential to make the right selection of mobile framework, platform, technologies, and databases. With age and time, there is a steady increase in the number of Android and iOS apps. In fact, cross-platform and hybrid app development also gained momentum thus one can definitely give credit to the best frameworks used for this major transformation.

Mobile app developers love it! The significant advantage of the Ionic framework is that mobile developers can use a set of default UI elements like forms, filters, action sheets, list views, tab bars, and navigation menu in their design. Thus, it helps them to focus on developing apps instead of concentrating on UI elements. Moreover, if the developers are familiar with CSS, JavaScript, or HTML, then using the Ionic framework becomes much more manageable. It supports from Android 4.1, iOS 7 to all other upgraded versions of Android and iOS. Moreover, if developers use Ionic with a native mobile app in PhoneGap, it allows higher performance as compared to hybrid applications.

It is also called Apache Cordova that lets mobile programmers develop a mobile application which is installed as a native app across multiple devices. It is one of the widely used technology as a single code base can be used for creating multiple versions of an app. Another big advantage of using PhoneGap is that it supports inbuilt device features like GPS, Camera, Phonebook, Storage, accelerometer and much more.

Xamrin is an intelligent way to build an app, developers can use C# for Android, iOS, and Universal for Windows apps. It is one of the reliable tools that provide flexible native performance. Backed with Microsoft technology, it has approx. 1.4 million developers of the community. With an excellent native user interface, it not only helps developers to build a native app with ease but also controls the app to give ultimate user experience.

From Startups to Fortune 500 organizations, React Native is one of the popular frameworks in 2019 which is used to build both Android and iOS apps. React Native development allows mobile app developers to build high-performance apps in shorter development cycles and faster deployment times. React native deals with JSX thus there is no need for developers to learn more complex programming languages for developing Android or iOS apps. Moreover, it provides extremely smooth animations as the code is converted into native views before rendering.

jQuery is a ready-to-use JavaScript library having various plugins like Image Slider, Content Slider, and Pop-Up Boxes, etc. The jQuery is easier than JavaScript libraries, as less code is written to attain the same features in comparison to other libraries. It makes web pages simpler, interactive and user-friendly. It is completely readable by all search engines and is optimized in terms of SEO.

With a single code base, Intel XDK lets developers build mobile apps for iOS, Windows, Android, Amazon, and Nook. The main reason why developers use Intel XDK is that it comes with a drag-and-drop user interface thus interfaces are easily built. It comes with profiling and app debug options thus testing the app on different device configurations made easy.

Flutter is a software development kit from the house of Google that attracts developers by leveraging them for faster coding. It makes the app development process more convenient by providing a single code base for Android and iOS. Flutter gives an advantage of modifying the old widgets and creating a new one effortlessly. Thus, helps to build responsive mobile applications that engage your target audience within a short period.

Mobile Angular UI consists of many interactive components like switches, overlays, and sidebars thus deliver a robust mobile experience to its users. There are a lot of benefits of this structural framework which makes it a smart choice for modern-day web applications. It is an open-source framework that helps in developing rich internet applications. Being a cross-browser compliant, Mobile Angular UI automatically handles JavaScript code suitable for each browser.

After considering various factors like development time period, budget, operating systems, and much more, we have provided the list of Mobile App Development Frameworks For 2019. You can also consult a reliable mobile app development agency to choose the right framework for your app project. 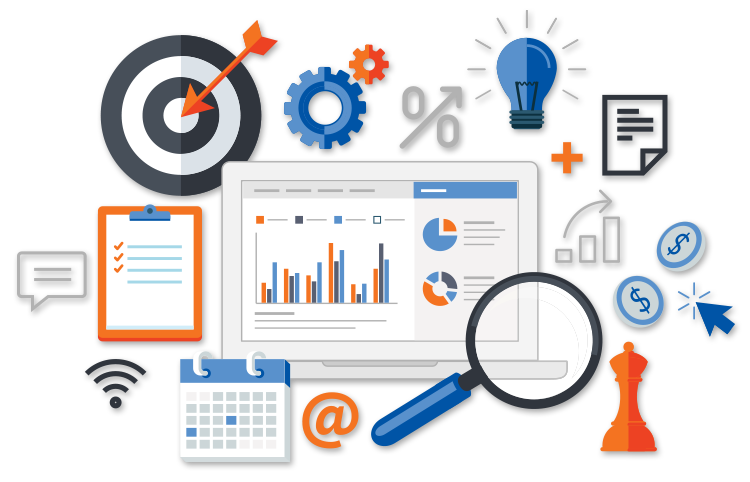 July 11, 2019 Sonal Mehta Comments Off on How to permanently stop wasting website traffic

What are the benefits of hiring services of web designing companies in Dubai?

September 7, 2019 Debora Comments Off on What are the benefits of hiring services of web designing companies in Dubai?

Things to Bear in Mind when Designing your Office Space

December 31, 2019 Krik Lester Comments Off on Things to Bear in Mind when Designing your Office Space